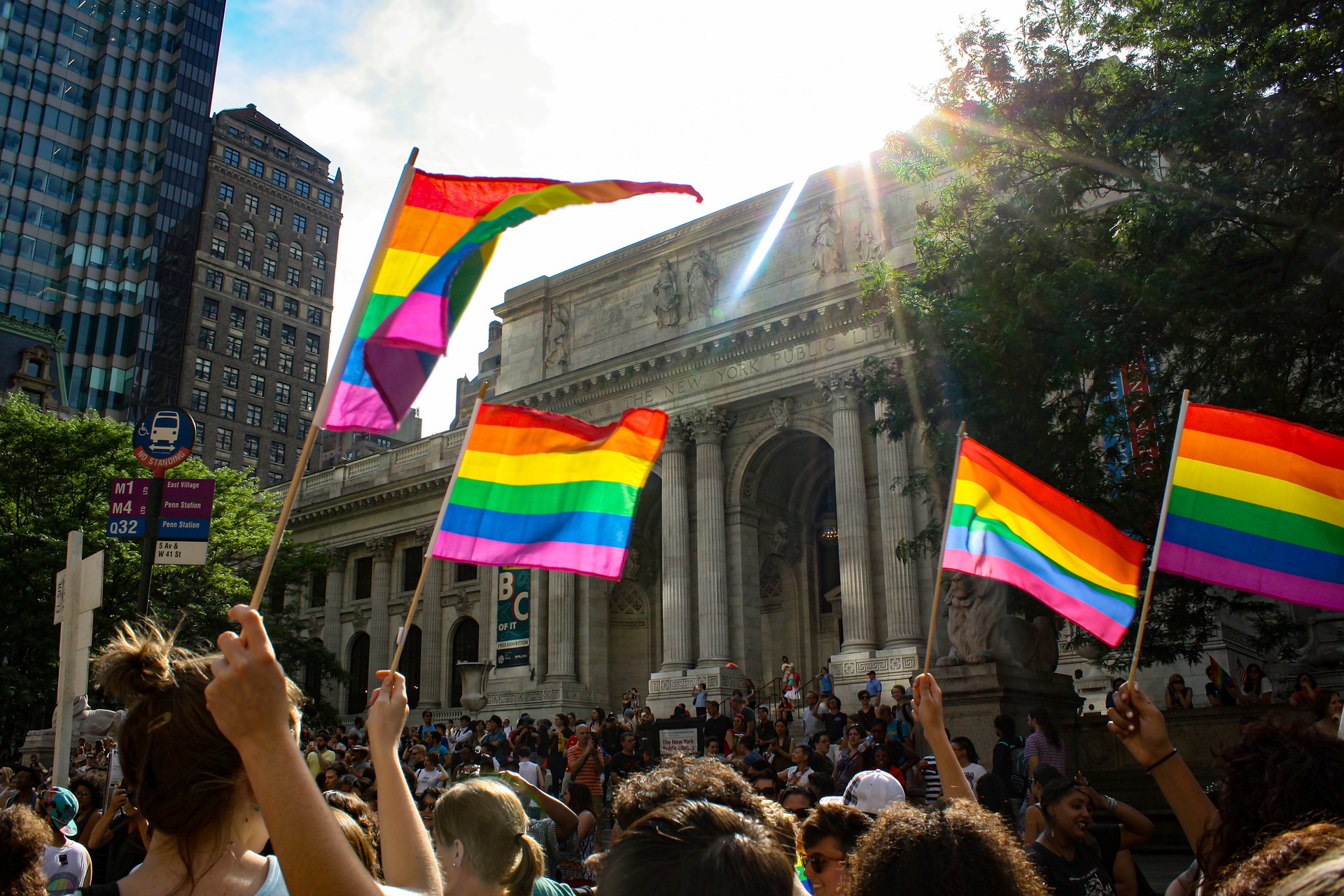 Have you ever looked up a country’s laws to find out if your relationship was illegal? Have you ever scoured an Airbnb host’s profile, searching for an indication of whether they are gay-friendly? Have you ever suffered anxiety before a TSA security checkpoint, knowing the impending humiliation you’d have to suffer?

If you don’t know what I’m talking about, welcome to traveling while LGBT.

The community and its allies celebrated a much needed and long overdue win this week, with the Supreme Court’s decision to ban discrimination in the workplace based on sexual orientation and gender identity. But this win is just one step in a long road, and there is much work to be done, both in and out of the US.

Additional hurdles & hardships can pop up in the most unlikely of places for people in the LGBT+ community. And being a part of this community, and a travel professional, I can tell you firsthand that travel is one such arena.

While Pride parades around the country have been cancelled due to COVID, restrictions are easing, and we will be back to traveling soon. With that being said, now is a good time to talk about some of the hurdles faced by the LGBTQ community while traveling, and some of the remedies.

Straight friends, this is for you, too. Your understanding, allyship, and dollars help the cause of equality. And this cause is everyone in a society’s responsibility.

LGBTQ friends, this is for you. I’ve included some great resources for traveling while LGBT.

It is important that we recognize our own privilege. And it is necessary that we fight to make that privilege the new normal-
For everybody else.

One thing I often think about now, while I’m traveling by myself , with friends, or with a man, is about my privilege. How different the experience is from when I used to travel with my ex-girlfriend. How many little things I just don’t have to think about now.

If I’m with a man, I don’t have to think twice about holding my partner’s hand in public.

About a stranger hitting on me, right in front of him.

People who might otherwise have hate in their hearts for my kind treat me pleasantly.

Somehow my stereotypical “femininity” allows me to “pass” for straight, taking the burden of being different off my back almost completely. I haven’t done anything wrong, but it’s a huge source of guilt. As if I abandoned my community. As if I’m a silent co-conspirator, walking around all “normal”-looking.

I was 26 years old when I came out for the second time. And while I’m not going into that personal story, I’ll say this: my same-sex relationship was beautiful, healthy, and long-lasting. Six years, which is a lifetime in Toni years.

We traveled together as often as possible, starting just a few months into our relationship, and once I began working as a flight attendant, new doors opened for us. We were able to travel further, more frequently, and for cheaper. We considered ourselves so lucky.

We were also lucky to have supportive families. We were loved by our own families and each others’, an experience not every same-sex couple is fortunate enough to have.

But even being in the luckiest possible position for someone in the LGBTQI community, even with me “passing” as traditionally feminine, there were still hurdles we faced in general and in travel.

Some of these hurdles, removed from my plate while I travel solo and single, are still going to be obstacles for millions of other people in this brightly-colored, diverse community. It is important that we all recognize them.

Things to think about when traveling while LGBT

Are there laws on the books that criminalize being gay?

It may be surprising to you how many places in which this is the case. Or maybe it’s not surprising, which is even more unfortunate.

Some of them you’re probably aware of: Middle Eastern countries like Saudi Arabia, Pakistan and Egypt. Many African Countries; Kenya, Tanzania, Liberia, Uganda, to name just a few (there are many.) South-East Asia: Sri Lanka, Papa New Guinie, Indonesia, Malaysia.

To south America’s credit, Guyana is the only country with laws criminalizing same-sex sexual relations, specifically, sex between men.

Even RUSSIA, with its well-publicized “Gay propaganda” laws, creating a state-sanctioned “don’t ask don’t tell” country-wide, is more liberal than this.

What about the happy, vacation-friendly Caribbean?

There are eight Caribbean island countries in which homosexual activity is illegal  including destinations like Jamaica, Barbados, St. Kitts & Nevis, and St. Lucia, where I spent my 32nd birthday with my mom two years ago.

This criminalization varies wildly, with many of these islands only targeting sex between men as illegal.

Punishments enforcing these laws around the world range from fines to prison sentences. Twelve countries or jurisdictions make LGBT acts punishable by death. And in creative, sadistic fashion, some countries have even specified the method of death penalty: Stoning.

See this interactive Map of Criminalisation by Human Dignity Trust which shows a country-by country picture of anti-LGBT laws & punishments.

Are these laws enforced?

Was the second matter to investigate when planning a vacation.

Having LGBT-criminalizing laws doesn’t necessarily make these countries “off limits” for LGBTQI tourists, but it is something to take under serious consideration. These laws in many places are archaic, relics of the past, and unenforced. But it is still important to know when and where the law is not on your side.

How do the people feel?

A third important piece of research is looking into how the population sees LGBTQI issues. How common are instances of hate crimes? And are they prosecuted? Hate and discrimination can be equally dangerous whether they are coming from civilians or the legal system.

Again, this doesn’t necessarily make a destination off-limits, but is something to consider. If public opinion is homophobic and safety is a concern in a particular place, perhaps consider staying at a resort, which should have more stringent security, or opting for group tours, rather than private ones or sight-seeing solo.

Let me say first that I do not believe this should be something we *have* to do. I do not think it is right, and I’m in no way victim-blaming the people who end up in precarious or violent situations traveling because of other people’s hate, ignorance, and bigotry. But since we have not a perfect world, these are the realities under which we must operate. LGBT+ peoples take a few additional steps to protect ourselves while still exploring this big, (mostly) beautiful place we call home.

Truly, most countries want tourist dollars. And if you’re an American citizen you’re likely more safe than local populations due to politics and global media and, quite simply, how the world works.

I am in NO way saying stay home because the world is scary. GTF out there. Seriously.

In this moment in our country’s history and in the broader narrative of prejudice, privilege, and equity, I wanted to take a moment to highlight these issues faced by our LGBTQI brothers and sisters, and even more so for people of color in the community.

Something so foundational—booking a family vacation—is a completely different experience for Queer people than it is for their cisgender, heterosexual peers. Where one “traditional” family in America is worried about how to make the finances work to ensure a family vacation is still fun despite a tight budget, and another straight couple researches how much to tip in a given destination, their Queer counterparts may be researching the same things, in addition to whether their their love for one another is illegal. Whether they are allowed to hold hands in public or whether this will draw too much unwanted attention.

Please, straight friends, keep in mind that your gay and trans and queer counterparts doing the exact same thing as you may be having a more complicated and completely different experience.

Do not stay home because the world is scary.
GTFO there.

There are some things you can do whether you are traveling while LGBT, or  you’re cis and straight, to help the community and make travel accessible for everyone.

Gayborhoods Around the World, ellgeeBe.com

I’m not a huge fan of staying in hotels, and usually opt for Airbnb. The platform has a nondiscrimination policy that forbids hosts from denying accommodation/bookings based on race, ethnicity, gender, and sexual orientation, BUT…Airbnb does defer to local laws and allows hosts in locations with discriminatory laws to follow those.

We need to talk about Trans issues.

This portion of the rainbow, the T in LGBT and often the most underrepresented, misunderstood, and mistreated in the bunch, has a separate set of issues to overcome when traveling. Whether it’s being humiliated in a TSA security line in the airport, being called Ms. or Sir incorrectly, receiving stares, comments or worse when entering the bathroom, shopping in a grocery store, or being seated at a restaurant. Or on a plane, sitting next to someone who is visibly uncomfortable by their presence.

Part of the reason trans people are so unseen and so brutally mistreated is because, for many Americans, there is a lack of exposure to trans people and trans issues. This is much like the way casual racism festers in our country, with segregated communities allowing white people to go much of their lives encountering very few people of color.

There is much misinformation and so little understanding of the trans community. People just don’t get it. How biology and gender could be different. How to empathize with someone you do not know or an issue you don’t understand.

I saw a meme recently alleging that being trans isn’t real. But the person sharing it obviously lacks knowledge or the desire to gain an understanding.

For one thing, the violence bestowed upon trans people along with the high rates of discrimination—both in the workplace and in healthcare—addiction, and suicide make it quite unlikely that anyone would choose this life “just for fun”. There is also scientific research in this field, new but nonetheless convincing, that could counter naysayers.

Listen. I don’t have rheumatoid arthritis or chronic back pain or depression. But that doesn’t mean those things don’t exist, aren’t real.

Follow the general human principle of being thoughtful and not a jerk. If you aren’t sure how to address someone, simply ask them, or avoid using pronouns, Ms. or Mr. altogether.

And check out this article on issues faced by transgender travelers:

The same tips above apply for booking accommodation, but there are some additional ones. Opting out of full-body scans, consider carrying a TSA Notification Card for any medications or prosthetics, and knowing your rights are just a few of the many I’ve found. I’ve included links with exhaustive lists of tips to make traveling while trans safer and more pleasant.

(Again, I’ll reiterate that I HATE having to post stuff like this, but until it’s obsolete, it’s worthwhile information.)

Traveling is my favorite thing in the world, and I would never allow my sexual orientation or gender identity/expression to get in the way of that. Or to cause me too much fear to pack my bags and go. But even in the most lucky of positions, and with the most supportive support system, traveling while LGBT comes with its own set of issues that straight, cisgender people simply do not experience. It is important to recognize the little struggles that someone else might be going through, just to live their lives. It is important so that we recognize our own privilege, how lucky we are. And it is necessary that we fight to make that privilege the new normal—for everyone.

Feature Image by LazarCatt via Pixabay

Holding Hands by Stocksnap via Pixabay

Windows by Ben_Kerkx via Pixabay 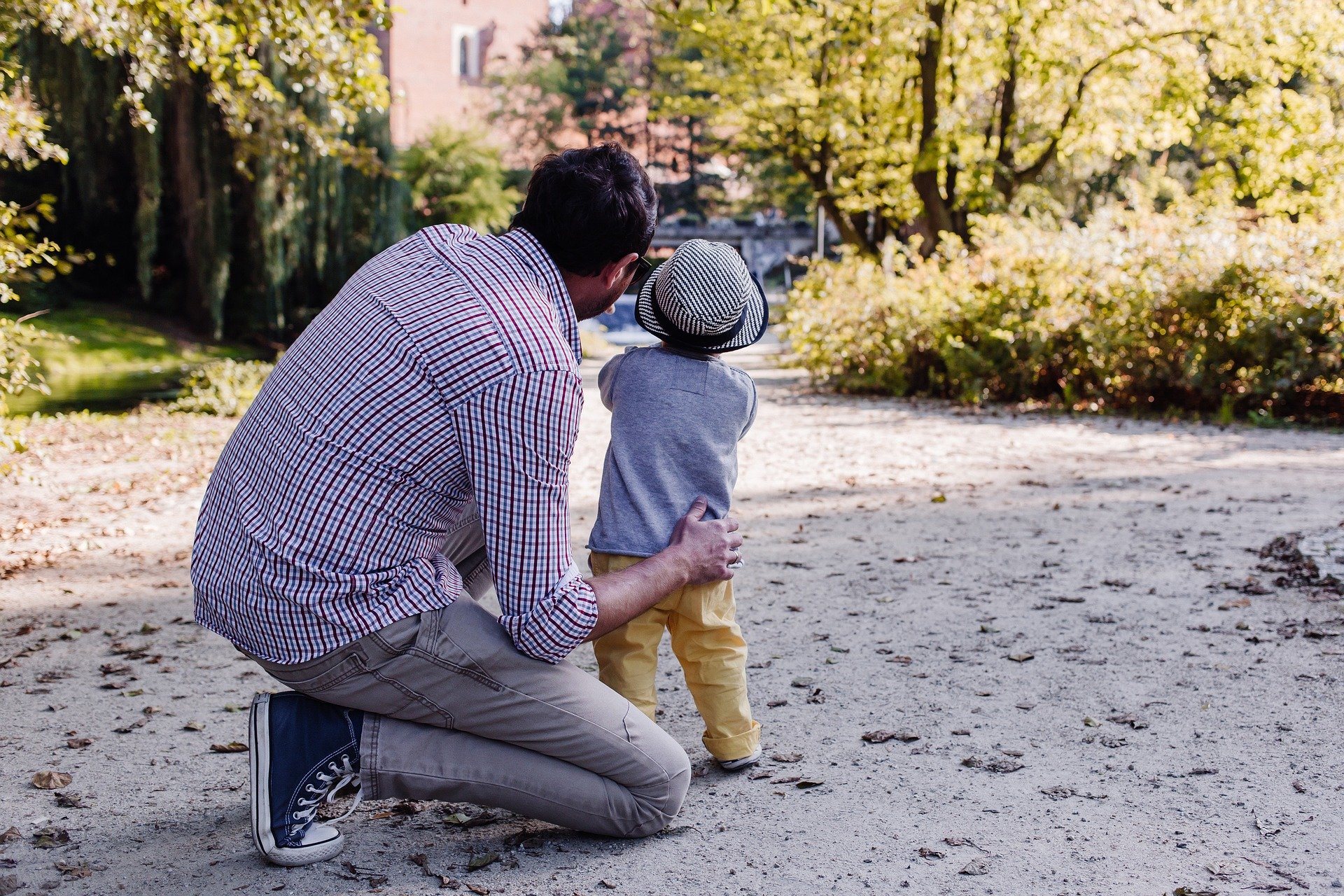 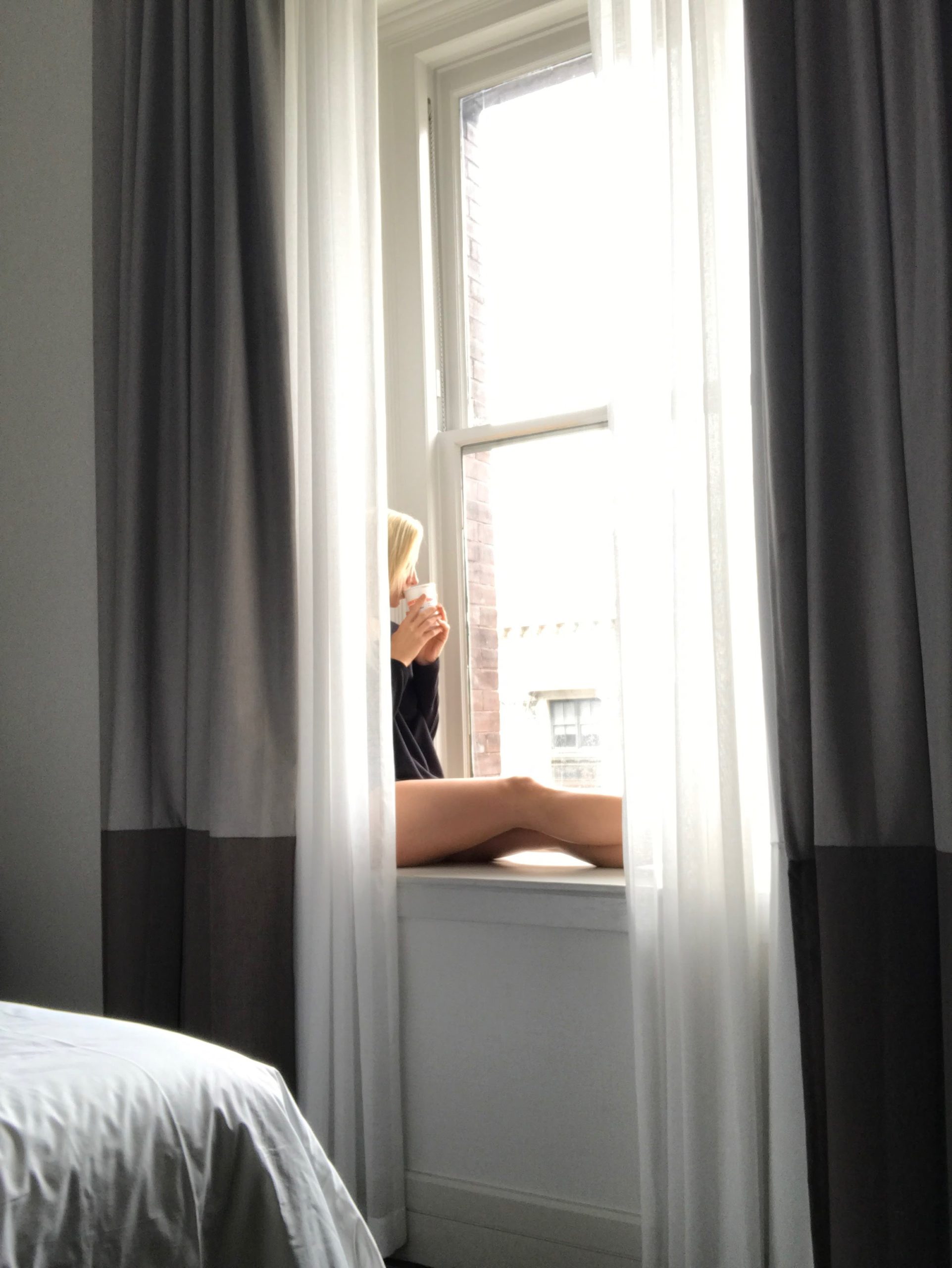